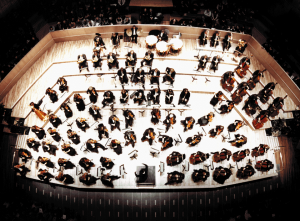 I don’t imagine that I will add much to an already long line of articles (here’s a nice balanced article by Douglas Yeo) and conversations about the demise of the orchestra, but I figure that we need to keep this conversation going. Let’s invent a hypothetical trumpeter–Carla Cornet. Let’s see how the orchestra model of employment and artistic outlet impacts her.

It would be no wonder if Ms. Cornet has conflicted feelings about her orchestra job. But she’ll probably grind out her 25 years so that she can get her pension. THEN she’ll have a good time in retirement.