I wanted to pay tribute to the trumpeters whose solo talents open our ears and heart with their playing. They are perhaps the ones who work the hardest to raise the reputation of this instrument from its military beginnings to become as equal as possible with violinists, pianists and singers who concertize internationally. This list is for classical trumpet soloists who are still alive and playing today. 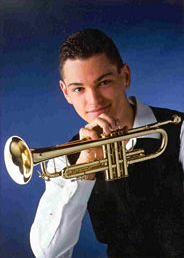 1. David Guerrier, French trumpeter AND hornist. Incredibly versatile (trumpet, horn, and baroque trumpet, keyed trumpet, natural horn), I once heard from Niklas Eklund that he hardly is known to practice! While this surely can’t be true, he is definitely naturally talented. This is a video of David playing the Arban “Carnival of Venice” on an antique cornet. In the same concert, he also plays keyed trumpet and hand horn!!

2. Håkan Hardenberger, Swedish sensation of the 1990’s, he still plays quite a bit. Håkan has played a wide variety of repertoire, including avant-garde music, and has recorded dozens of albums.

Here’s a nice documentary about Håkan from 1992. 48 minutes long, it has some nice audio in between the talking: 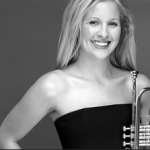 3. Alison Balsom is one of my favorite soloists today because of her obvious authenticity when it comes to baroque music. From England, she has recorded numerous albums and has even devised a theatrical work where she plays trumpet on stage! Here she is talking about a period instrument recording project:

4. Philip Smith–I know, he’s an orchestral trumpeter, but he solos so frequently and he has recorded so often, and, most importantly, he sounds so amazingly when he solos, that I have to include him on this list! Here he is playing the music that he obviously loves so much. That sound is heavenly. 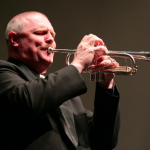 6. Terry Everson, here’s a thinking man’s trumpeter who also can really “sing” on the instrument. Check him out on this very difficult sonata by Jan Krzywicki.

7. Jens Lindemann, multiple-prizerwinner, chamber musician and soloist from Canada. Here he is doing what he does best: 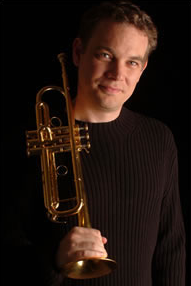 9. Ryan Anthony, one the most naturally gifted trumpeters I know, Ryan has spent a lot of time in quintets (like the Center City Brass Quintet and the Canadian Brass Quintet), but he is an amazing soloist. Here he is at Lindenwood Christian Church performing with organist Gary Beard. No complete takes here, but you can get the idea. He’s a virtuoso!

10. Matthias Höfs, is one of my favorite German trumpet players (and I have many!).  I thought I would offer up this “Spanish Christmas” video with his strange two-bell trumpet (one for mute). He has played with the German Brass since 1985. His piccolo playing is also amazing.