I thought it would be interesting to serialize my doctoral document, “Monteverdi’s Symbolic Use of the Cornett” for the next several weeks while I’m working on my concerto. I have copied the text of the dissertation and added media where I can. I hope you enjoy this as much as I enjoyed creating it eight years ago. This is the first part of this series. 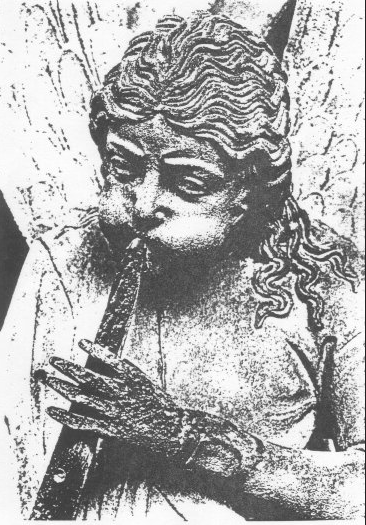 MONTEVERDI’S SYMBOLIC USE OF THE CORNETT

Submitted to the faculty of the School of Music in partial fulfillment of the requirements for the degree, Doctor of Music, Indiana University December, 2005

This document could not have been completed without the generosity and help of many persons, whose help it is a pleasure to acknowledge. I am deeply grateful to Indiana University for the graduate teaching assistantships and scholarships that made my study there possible. My research in early music in The Netherlands was made possible by the Institute of International Education Fulbright Program. I also would like to thank the kind librarians of the Folger Library, the National Gallery of Art Library, and the Library of Congress for assisting me—at times, granting me access to items that I otherwise would not have been allowed to see.

I am profoundly grateful to Professor J. Peter Burkholder for providing an extraordinary spark of interest in Monteverdi during a seminar class over which he presided during the spring of 1994. My research advisor for this paper, he has made my task much easier by generously providing his insights into Monteverdi, writing, stylistic matters, and the rhetorical structure of academic writing. In addition, I would like to thank my committee members, Professors Edmund Cord, John Rommel, and Richard Seraphinoff. I also owe a debt of gratitude to my two primary trumpet teachers at Indiana University—Professors Bernard Adelstein and Charles Gorham. With different approaches, they both helped to shape my musicality, interests, and career in the most positive of ways.

I would like to thank Susanne Powers, Philip Tarr, John Loth, Soren Huber, and Regina Steiner for their kind assistance in German translation. Keven Stewart generously helped me to develop a database for record keeping, while William Page donated countless hours in helping me analyze the data once I had finished collecting it. Gerald Keehner and The Very Reverend Ronald Crocker assisted in some theological details of my research.

A number of other scholars have generously shared material and their knowledge with me. For this and their kindnesses, I thank David Nutter, David Lasocki, Jeffrey Nussbaum, Don Smithers, Janis Elliott, Zuell Philip Ambrose, Michael Collver, Graham Nicholson, and Thomas MacCracken. Thanks also to Dennis Monk, who has given me much encouragement over the years.

Thanks to the wonderful musicians I have worked with in the Washington Cornett and Sackbutt Ensemble. Each of the musicians in this group, especially Michael Holmes, has encouraged me to pursue my research over the last seven years.

Lastly I acknowledge, with my profoundest gratitude, the love, encouragement, and moral support I have received from my family. It is to them that I dedicate this document, with my deepest love and affection. My greatest debt is to my wife, Melissa Bishop, who has shared the thrills and frustrations of this project from its inception. She sacrificed countless evenings and engagements so that I could finish this paper. I appreciate her patience and forbearance during the long time it took me to write this paper. My children, Felix and Owen have sustained me through their love and charm. Much thanks also to my parents, Sylvia and the late Robert Curtis, who helped to make my studies financially possible. I especially owe a debt of gratitude to my mother, who has ever been concerned for my welfare, and who has pulled my focus back to this research when it inevitably wandered into new pursuits. 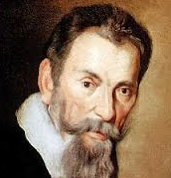 This paper began as a final project for a course on Monteverdi taught at Indiana University School of Music. The tone of the whole class was one of self-motivation, discovery, and fulfillment, marked by journal keeping, round table discussions and group projects. I came upon the topic for my final paper, which was on Monteverdi’s use of the cornett, because I had just begun to learn how to play the cornett, under the tutelage of Richard Seraphinoff, in preparation for a year of studies at the Sweelinck Conservatorium in Amsterdam. I found the cornett to be a fascinating, yet difficult instrument, due to the twin necessities of controlled embouchure and quick fingers. I also found Monteverdi’s choice of the cornett for underscoring underworld scenes in Orfeo to be particularly intriguing, and I wondered why the cornett seemed to me so appropriate for the underworld. At the time, I read a few tantalizing statements that addressed some allegorical associations of the cornett. The use of the cornett apparently carried an extra-musical meaning to many composers. After that class, I pursued this theme and came across other contemporary comments and recent studies that touched on the symbolism of the cornett. No one, however, had studied the actual symbology of the cornett, and what few leads there were, were usually not supported by hard evidence.

I decided that this type of study was deserving and could possibly be very fruitful, so I systematically recorded every instance of the use of the cornett that I could find in music, literature, and artwork. With the help of a few friends with computer expertise, I developed a database that addressed the many fields of my curiosity in cornett symbology. I thus was able to keep track of bibliographic material, type of medium, dates, nationality, the role that the cornett had in an ensemble, the type of cornett, whether there was any alternate instrument to take the place of the cornett, comments, and, most importantly, all possible associations that the cornett seemed to convey to me in any particular reference. This became a very demanding task, requiring two years and resulting in over 2,500 entries. After collecting all the data that I could find, I finally felt prepared to evaluate the many unsupported claims about the symbolism of the cornett. Was the instrument really evocative of the underworld or of maritime scenes to most people, or just to a few? Was the cornett commonly used as an instrument to signal entrances of characters of high rank in English plays, or was this a rare phenomenon? With such a subjective topic as symbolism, it was helpful to finally have access to numerical analysis.

This methodology proved to be very rewarding by exponentially broadening my knowledge of the cornett in general. It also provided crucial tools to corroborate the claims of previous researchers or to disabuse their unfounded claims. Most of my data collection was done through catalogs, reprints, and full-text databases. Without the aid of these tools, I could not have completed my paper. Nevertheless, there have been limitations in my approach, especially my indadequate access to primary sources and the difficulty of analyzing unknown or subjective data.

Although I would like to visually inspect more of the actual paintings and see the original prints and manuscripts from which my secondary sources derived their data and opinions, and although I would like to examine the undoubtedly many items of cornett symbolism that never came to my attention, there is simply not enough time for this present project.

Although many American publications have employed the Italianate spelling “cornetto” in the past, this paper will use “cornett” instead. For a research paper written in English, this convention has the primary advantage of using one of the authentic English versions of the word—the two most common in the sixteenth century were “cornet” and “cornett.” Of these two historic spellings, the latter has the further advantage of avoiding confusion with the nineteenth-century brass instrument with pistons. Most modern American scholars now use this spelling, as well.[1]

(Next: Monteverdi’s Symbolic Use of the Cornett: Chapter1, part 1)

[1]. For instance, Michael Collver and Bruce Dickey, A Catalog of Music for the Cornett (Bloomington: Indiana University Press, 1996), the Historic Brass Society Journal, and Charles Frederick Gouse, who explains his spelling in his dissertation, “The Cornett: Its History, Literature and Performance Praxis Including a Practical Tutor for Developing Performance Skills” (D.M.A. document, Boston University, 1974), 1.