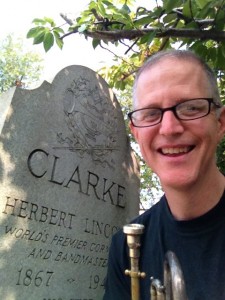 Today, I had a enough free time to go down to the Congressional Cemetery in the District of Columbia to pay my respects to Herbert L. Clarke, perhaps the greatest cornet virtuoso to ever live. For me, the connection is personal, because he is my musical grandfather: one of my teachers, Charles Gorham, was a student of Mr. Clarke for a short while back in the 1940s, I believe.

I took my Conn New York Wonder cornet and played a few Clarke pieces: From the Shores of the Mighty Pacific, The Debutante and his Carnival of Venice. “Our” audience was the fifteen or so dog walkers who pass through the cemetery every morning. One of the administrators came out and took some photos of me playing by the grave. 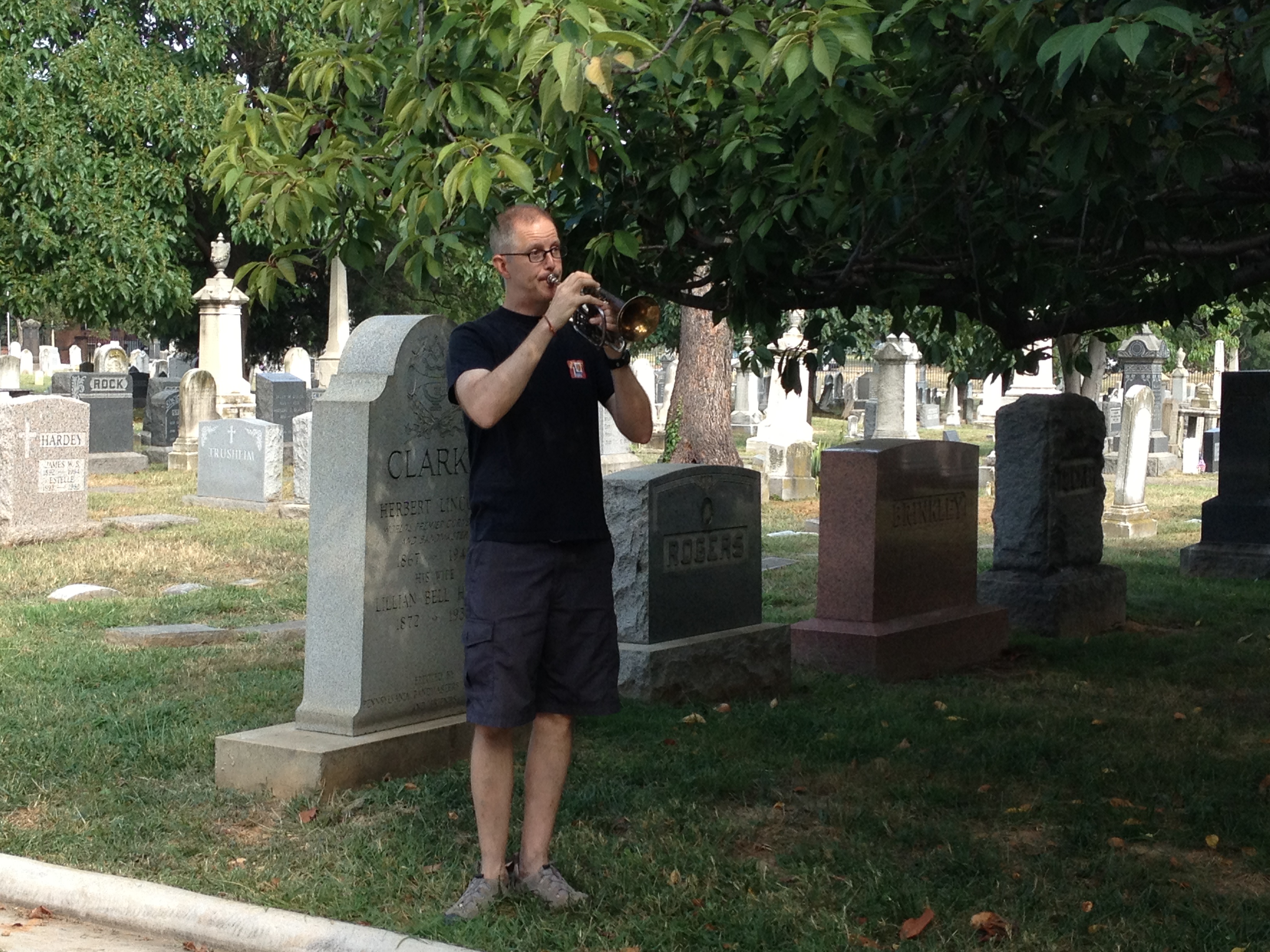 You will want to know that he is buried a mere 20 feet away from the tomb of the great band leader, John Philip Sousa.

As I was walking back to my car, I was thinking that this could become a very nice tradition for future years!