One of my teachers, Bernard Adelstein, told me a funny story about when he was just a teenager during the 1940s, playing second trumpet in the Pittsburg Symphony Orchestra under the famous conductor, Fritz Reiner. Reiner was rehearsing outdoors for a summer concert. The principal trumpet player, Irving Sarin, got frustrated with Reiner, slammed his music shut on the stand and walked out of rehearsal. Reiner then looked at the young Adelstein and asked him what was wrong. Quick-thinking, Adelstein replied, “I think Mr. Sarin is allergic to bees. He tried to kill a bee with his music, but he missed. He walked out quickly, so that he wouldn’t get stung.” Because conductors at this time had absolute power in an orchestra, Adelstein probably saved Sarin’s career by coming up with this wonderful excuse.

Being a musician in an ensemble requires that you learn how and when you can speak up in a rehearsal. If you monopolize rehearsal time with your personal questions and observations, or, worse, if you openly criticize the conductor, then you are hurting your relationship with the conductor and holding back your ensemble. You want to nurture great relationships with your colleagues and with the conductors you play under.

Here are some of my guidelines on how to ask questions diplomatically in an ensemble rehearsal: 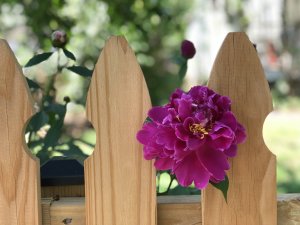 I start this post out with an apology for my absence for the last three months. I had set out back in December of 2017 with the goal of blogging daily about “Trumpet Happiness.” But fatigue set in. My Trumpet Happiness project was to go for about a year (or a little more), with each month getting me closer to my goals for being a happier trumpeter. Along the way, I stopped. I needed a break. But on balance, I had to remember my Trumpet Commandments. Number 7 was: Choose the more imaginative or enjoyable way, when possible. I needed to step back and really incorporate some of the lessons I had been learning. I needed to take a fresh look on the whole process.

For most of March, and all of April and May, I have continued do things like:

As I’m perched at the beginning of June, I’m hoping to continue my journey and share it with you. Things like attending the 2018 ITG Convention, some wonderful performances, trumpet practice ideas and future goals.