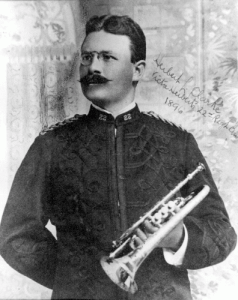 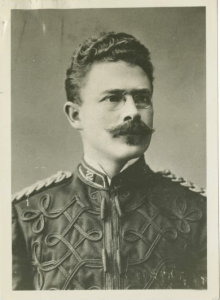 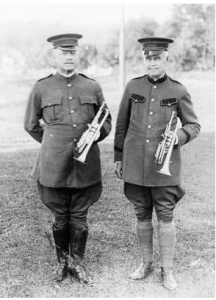 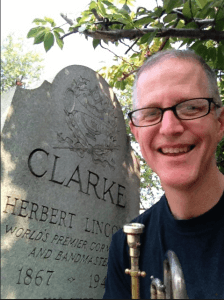 It’s a long rehearsal of Bach’s B-minor Mass, or some bel-canto opera, and you have about a thousand minutes of rest (so it seems). The smart trumpeter will have reading material at hand to pass the time, and perhaps increase his or her professional knowledge by reading about the trumpet or about the life of a trumpeter. In order to help out in this area, I have come up with a list of about a hundred books that just might be interesting to you. But this list is  too interesting to lump into just one post–I am going to serialize it. 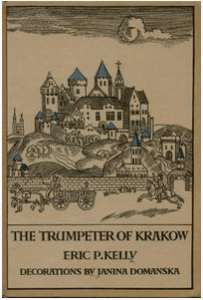 For our first book, I have a work of fiction. Eric Kelly, The Trumpet of Krakow. Youth literature, but interesting to all ages. This is the fictionalized story connected to “the Heynal” call of St. Mary’s Church in Krakow, Poland. This is a trumpet call that has been played four times in succession, on each hour, from the top of the tower of St. Mary’s ever since the Tartar invasion of Krakow in 1241 killed the original trumpeter by an arrow shot to his throat.

Here is a small video of the ceremony as it is performed today.

Kelly’s book, however, tells a fictional story centered on the historic fire that burned Krakow in 1462. In the book, Andrew Charnetski’s family flee their burned house to give a mysterious, cursed crystal to the king of Poland, who turns out to have been murdered. Although now the family is destitute, Andrew’s son, Joseph, saves an alchemist who, out of gratitude, shelters the family. The bad guy, Peter of the Button Face, is after the crystal and is on to the Charnetski family’s whereabouts, but the scholar Jan Kanty shields them and offers Andrew the job of playing the trumpet call during the night. Alchemy, hypnosis, fires and treachery all about in this Newberry Award winner from 1929.