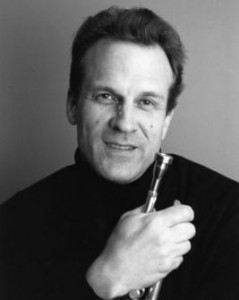 In the Washington DC area, Chris serves as principal trumpet of the National Philharmonic at Strathmore, Washington Concert Opera, Washington Ballet, and the Post Classical Ensemble. During summers he serves as principal trumpet at the Eastern Music Festival in Greensboro N.C. In 2013 the Maryland Classics Youth Orchestra awarded him the Chester J. Petranek Community Award “for outstanding community service in enriching the musical life in the Washington D.C. Metropolitan area.” In 2018, the University of Maryland named Chris a Distinguished Professor, the first faculty from the School of Music to receive this honor.

His Articulation Studies, 44 Duos, Endurance Drills, Piccolo Trumpet Studies, 24 Etudes, Slow Practice, and Focal Point Exercises are available from Colin Publications and are sold worldwide. Chris was born in Washington D.C., grew up in Alexandria, Virginia, and is a graduate of the Eastman School of Music and the University of Maryland. His teachers include Emerson Head, Sidney Mear, Adel Sanchez, and Gerard Schwarz.

CG: My parents were both European, so I grew up hearing a lot in our house. My father was a fine amateur pianist, his favorites were Schubert, Schumann, and Brahms. As a kid I heard Bobby Hackett on the Jackie Gleason Show and wanted to play trumpet. In Alexandria, Virginia, we had great public-school teachers: my band directors, Robert Baden, George Randall, Roy Smith, and Jack Dahlinger, all fine performers who could get up in front of an audience and really play. Roy and Jack were trumpeters, Robert a percussionist, George on French horn. I had good private teachers, Glen Bell (Army Band) and Ron Vierra (Airmen of Note). In high school I started studying with Emerson Head, who was a real inspiration, he could play those Bellstedt solos better than I’ve ever heard live. He lived far away, I could only have lessons about once a month, and that’s when I started writing out a lot of my own exercises.

I went to Eastman, studying with Sidney Mear. He had studied with HL Clarke, and he also taught me how to practice Schlossberg and Sachse. During summers I studied with Adel Sanchez, who taught me about flow studies, playing Bordogni, Caffarelli, and Getchell, really important to me. I took occasional lessons with Gerard Schwarz, who was, and remains, unbelievably inspirational to me. What he taught me out of the Arban book remains some of my biggest influence. The singer Jan DeGaetani was also a mentor to me and I remember so much of what she taught. She set up my lessons with Gerard.

CG: I stayed 3 years in the Kansas City Philharmonic, really learned a lot, made many friends, but realized that I didn’t want to be in a full-time orchestra. In 1981 I got a call to audition for the American Brass Quintet in New York City, and joined them that year. Soon after coming to New York I was appointed principal trumpet of the Orchestra of St. Luke’s, which made something like 50 recordings while I was with them, including my first solo recording, Copland’s Quiet City. I also shared principal with the Orpheus Chamber Orchestra (with Ray Mase) and was soloist with them a number of times (Hummel Concerto, Bach Brandenburg, Barber Capricorn Concerto). I was a regular guest with Chamber Society of Lincoln Center and the New York Philharmonic (still visit them nowadays) and did a lot of studio work, movies and television. Also was on the faculties of Juilliard, Manhattan School of Music, and Columbia University. In 1998 I came back to the University of Maryland to be professor of trumpet. It’s a job I really love, and I still go up to NYC now and then for things – I just did a solo appearance at Carnegie Recital Hall and will go up in 2 weeks to record the pieces I did. I have always been involved with jazz and contemporary popular music, too, having recorded with Wayne Shorter, Sting, Billy Joel, etc.

CG: I was fortunate to be in New York City during a time of very busy recording, both concert and commercial. But I was lucky to do a number of recordings before I got there, and continue to be active since I left. If anyone is interested, go to my website www.chrisgekkertrumpet.com for a partial list and a few examples. Here is an mp3 of the latest thing to appear on CD. It is on an Albany CD of Brian Fennelly’s music. It’s the Corollary III for Trumpet and Piano, written for me in 1989, recorded in 2010. Rita Sloan is the pianist.