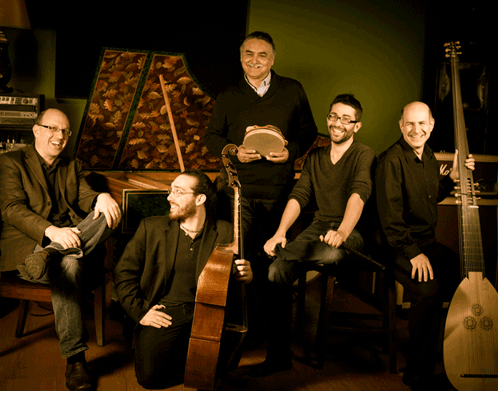 Last October, I had the great fortune and pleasure to play a concert with the early music group, Harmonious Blacksmith. I was asked to play some improvisations over some repeating bass lines–with a performance in just two weeks! The pieces were a Jota, a Canarios/Bergamasca, and a Chaconne (from Quel sguardo by Monteverdi). As far as bass lines go, these were pretty simple, but I had never “improvised” on the cornett. After getting some sound tracks organized, I started jamming at home over these recordings for the next two weeks until the concert–which went pretty well! I particularly enjoyed trying to keep up with the other wind instrumentalist: recorder player Justin Godoy, a master of this type of Renaissance improvisation. But, moreover, I was very intrigued about this aspect of performance practice, and I would like to propose a fresh new approach to learning how to play 16th-century music, based on a conversation I had years ago with cornettist Doron Sherwin. He told me that he preferred to teach ornaments and divisions audibly to his students. This was a big revelation to me!

I also thought about what it must be like to become a musician in the 16th Century. Most likely, you would grow up in a musician’s household–your father would teach you how to play all of the instruments that you needed to know. His colleagues would come over to rehearse from time to time, and they would play with you, too. Perhaps your siblings and you would play together. You would grow up memorizing all of the important tunes. You would begin to internalize the most appropriate ways of decorating these tunes, and you would practice this so much that you would begin to develop your own personalized divisions. Most importantly, you would begin to “sub” into your father’s group when he needed to be elsewhere, and all of that professional experience would start to build up. Probably as a teenager. An intriguing book to read that offers a glimpse of this life is The Autobiography of Benvenuto Cellini. (by the way, there were some very good female instrumentalists during the Renaissance, too). 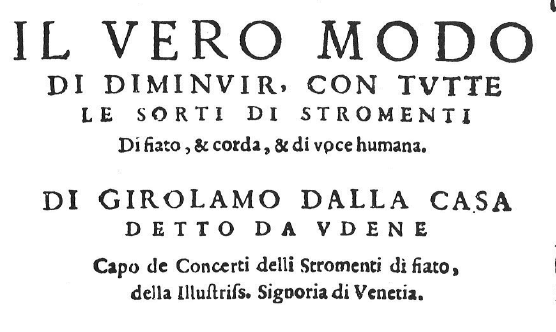 The process of learning divisions was paramount. Anyone who wrote about playing instrumental music in the 16th century, wrote mainly about how to play divisions. One great example is Girolamo dalla Casa’s Il Vero Modo di Diminuir.  In my opinion, however, the main purpose of these treatises was to describe what should or should not happen with extended ornamentation and to show all of the amazing things that the master who wrote it could do. They don’t teach HOW to learn diminutions in a particularly easy way. In addition, interestingly enough, nearly all methods caution against playing too much (especially if you don’t know how to do it well).

Nevertheless, the diminution manuals are what we have today, and they are a good place to start. Most of these can be seen in facsimile format on line. Some of the best ones are:

What I would recommend is multi-pronged approach that somewhat parallels what the best jazz teachers have promoted:

By trying to re-create the natural, audible way of learning Renaissance diminutions, then a modern performer can best learn how to do what the 16th-century masters actually did. You have to put a little of the old DNA into our modern world, just like the scientists in the book, Jurassic Park used the dinosaur DNA recovered in amber to re-create new clones of extinct creatures. 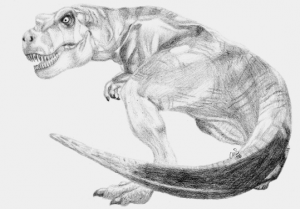