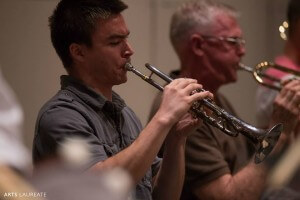 Trumpeter Neil Brown enjoys a multi-faceted career as a performer, educator, composer, arranger, and bandleader. Currently a member of the Fairfax Symphony Orchestra, he is also the founder, principal composer, and trumpeter of the classical, jazz, and rock influenced group Phonic Wrinkle. Neil can frequently be heard playing with many Washington D.C. and Baltimore area ensembles including the National Philharmonic, Apollo Chamber Orchestra, Maryland Symphony, Peacherine Ragtime Orchestra, Concert Artists of Baltimore, and Tryos Ensemble.

Originally from Guilford, Connecticut, Neil earned his Bachelor and Master of Music degrees from the University of Maryland and was a member of the United States Navy Band in Washington D.C. from 2009-2013. He attended the National Orchestral Institute, Colorado College Summer Music Festival, Las Vegas Music Festival, and Boston University Tanglewood Institute. As an educator, he has performed numerous educational concerts, presented masterclasses at both the university and high school levels, served on the faculty of the Suitland Performing Arts High School and the Sheridan School, and leads a private trumpet studio. Neil’s teachers include Chris Gekker, Steven Hendrickson, and Allan Dean. 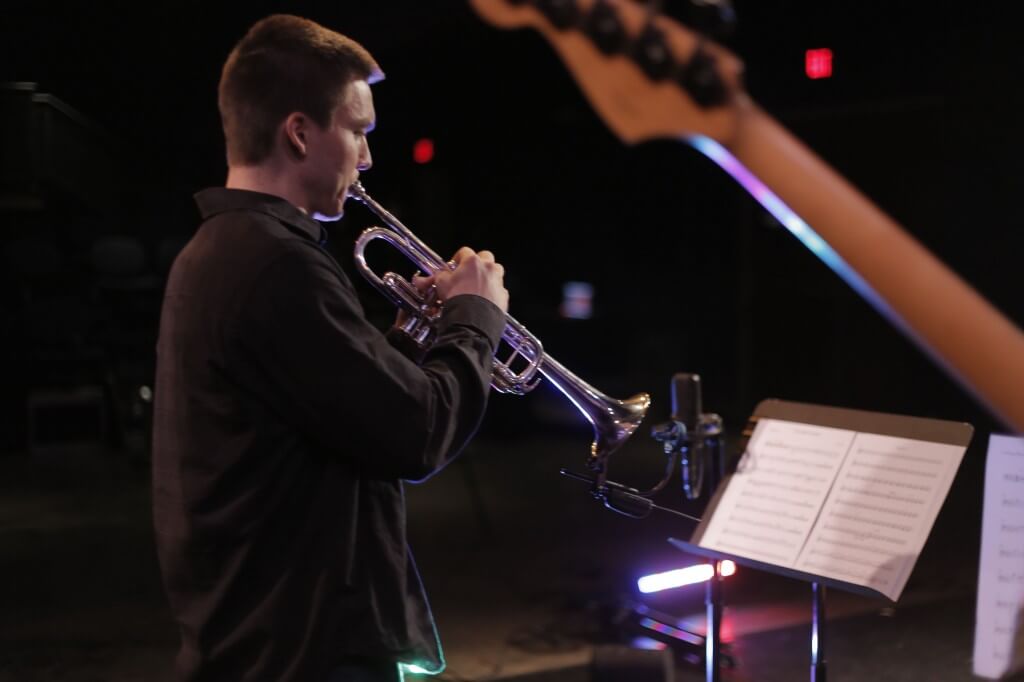 SC: How did you get interested in music? Who were some of your initial influences and teachers? What other things were you interested in when you were young?

NB: I was extremely fortunate to grow up in a school system in Guilford, Connecticut that required all students to either sing in choir or play in the band or orchestra when they entered 5th grade. I have an older brother and had attended several of his middle school band concerts, so by the time I reached 5th grade, I was very excited at the prospect of playing in the band. Though my initial first choice for an instrument was the drums, I settled on the trumpet after the band director gently redirected my interests. My classmates had an overwhelming demand to play drums and in an act of balancing the band I was fortuitously assigned to the trumpet section. Looking back, this ended up being one of the most important choices of my life as it is hard for me to imagine playing a different instrument other than the trumpet.

SC: When did you get really interested in the trumpet? Who were your most important teachers? What sorts of experiences were critical to you becoming a professional trumpeter?

NB: I led a fairly normal childhood with a strong interest in sports, particularly basketball and baseball. I enjoyed playing the trumpet, though not as much as sports, and I practiced regularly, but sometimes only because it was a valid reason for putting off homework. Gradually in late middle school or early high school I began to take the trumpet much more seriously. I really enjoyed the process of improving on the instrument and started listening to many kinds of music in addition to the popular music on the radio, particularly classical and jazz. I had an especially influential middle school band director, Eric Gerhardt, who happened to be a trumpet player and former student of Chris Gekker. He had been a freelance trumpeter in New York before arriving in my town in Connecticut and really expanded my perspective of excellent music and fine trumpet playing. Together with inspiration from listening to great musicians, terrific guidance from my music teachers, and a great group of friends that I played music with, I began to strongly feel that a career in music was what I wanted.

In college, I studied with Chris Gekker and Steven Hendrickson at the University of Maryland. I cannot even begin to express the level of gratitude I feel towards them for all of the knowledge and inspiration they bestowed upon me during lessons, not to mention the fine examples of musicianship and professionalism each demonstrated through his active performance career. 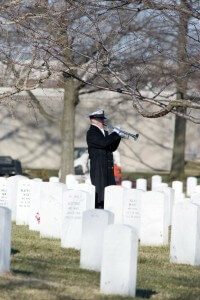 SC: You served in the U.S. Navy Band for one enlistment. What did you like about the band? Why did you leave?

NB: The Navy Band was a great job and I was truly fortunate to play amongst so many fine musicians. One of the most important and meaningful aspects of the job was to play Taps for funerals at Arlington National Cemetery. Each performance meant so much to the families of the service member and it was a great honor to play for people who had often sacrificed so much in their service. Though there were many other aspects of the job—playing concerts for the public, performing at important Navy ceremonies, formally welcoming foreign dignitaries with our music, even playing for the President on occasion—rendering Taps for service members, for me, was the most important part of being a trumpet player in the Navy Band. 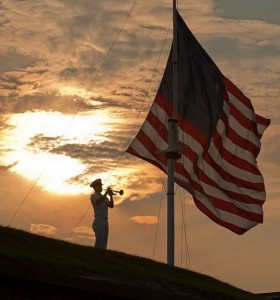 Playing “Taps” at Ft. McHenry (Maryland) at anniversary of the battle with the British Navy when Francis Scott Key penned the “Star Spangled Banner”

The decision to leave the Navy Band was very difficult and only made after considerable thought. Ultimately, though, I had aspirations for my musical career that I had to pursue. I wanted to spend more time performing in orchestras, playing chamber music, and teaching. Most of all, I wanted the opportunity to lead my own group. A group for which I could compose music, provide the musical direction, and feel a sense of ownership. I left my nice steady job with the Navy Band and jumped off the cliff into independence, an uncertain future, and full pursuit of my dreams.

SC: You have an interest in fitness and nutrition. What are your views on staying in shape and eating right. Does this regimen help your trumpet playing?

NB: I have an interest in living a healthy lifestyle both for the long-term benefits and the present day advantage of feeling better throughout day to day activities, but I am not a doctor and wouldn’t try to play one, even on a trumpet blog! I know of many fantastic trumpet players that don’t put a strong emphasis on nutrition, so I would not say that it is a particularly impactful aspect of trumpet playing. I will just mention briefly, and this is nothing revelatory, that I think it can be beneficial to minimize heavily processed foods, particularly heavily processed carbohydrates, and increase the intake of foods that are high in omega-3 fatty acids such as fish or avocado. These diet choices may have a small impact on trumpet playing as processed carbohydrates are often linked to elevated levels of inflammation throughout the body, which for trumpet players can mean slower healing from a heavy day of playing or more swollen chops. Of course the greater factors are taking care to not overdo your practicing and managing the demands of a tough rehearsal or concert intelligently, but when you do those to the best of your ability perhaps diet would be one more tool to add. 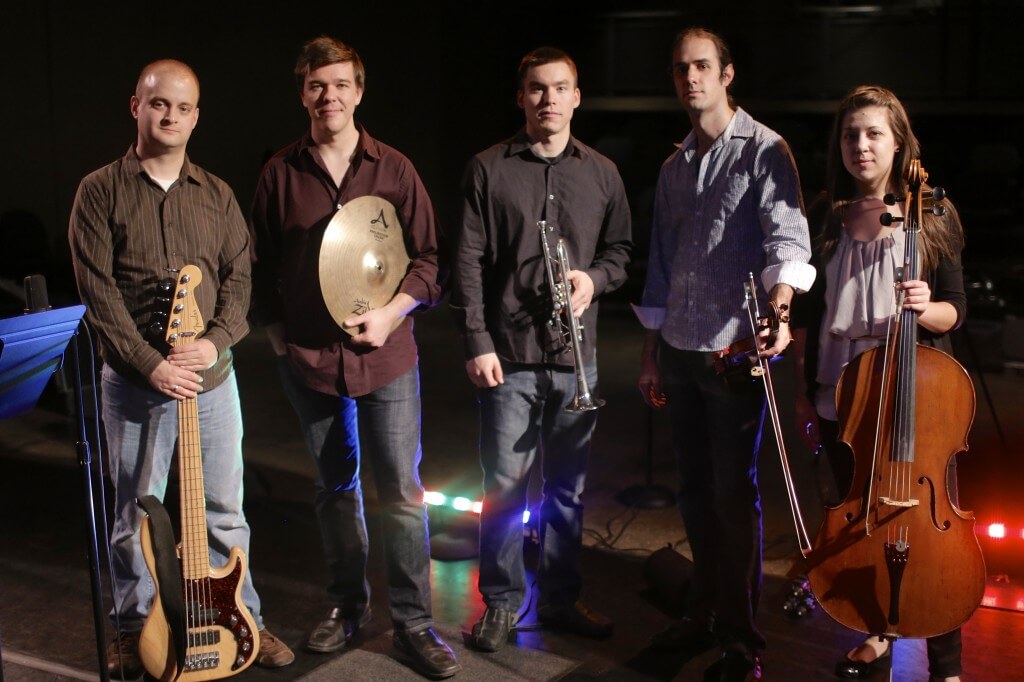 SC: Tell me about your most recent project(s).

NB: Phonic Wrinkle has been a really fun and interesting project. I started the group about a year ago and we made our debut on a recital at University of Maryland. I compose or arrange most of the music we play, and I play trumpet in the group. Phonic Wrinkle consists of five musicians: trumpet, violin, cello, electric bass, and drums. I think we have crafted a unique sound both from our unusual instrumentation and by combining elements of classical, jazz, and rock music, but we are not so progressive that our music is esoteric. We want to connect with listeners on an emotional level, and we hope people can really enjoy our music and be moved. I am fortunate to work with four other fantastic musicians and friends in the group, and I think collectively Phonic Wrinkle has tremendous potential. My vision is that we will continue to grow our audience, do more recording, and hopefully some touring in the future. 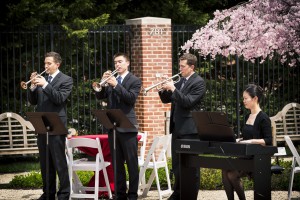 I also play in a chamber group with a great group of friends called the Tryos Ensemble. The group takes form in a few different instrumentations, one of which consists of three trumpets and piano and another as a trumpet and cello duo. We have been playing recitals, weddings and other events. There is not a large repertoire for these instrumentations so I have done quite a bit of arranging, which has been time consuming but rewarding. Some of the real classic wedding pieces, despite being overplayed, are really beautiful pieces of music and as a trumpet player it is a real joy to get to play them. 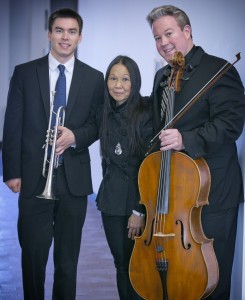 Recently I have also begun performing with a group called Trio illumino, consisting of trumpet, cello, and piano. There are a few fantastic pieces written for this instrumentation including substantial works by Eric Ewazen and Carson Cooman, and I have also done some arrangements ranging from the Bartok violin duos to music from the Brazilian composer Pixinguinha.

SC: What do you see yourself doing in 5 years?

NB: The unpredictability of a career in music is both curse and a blessing. Though stability can be in short supply, every day brings a new exciting project or group to play with and life rarely gets boring. I don’t know what twists and turns my career will take, but I do have some definite goals to pursue. I would like Phonic Wrinkle to continue to grow. I would like to write more music for the group and I hope our music can really connect with our audience. I also really enjoy working with my good friends in the Tryos Ensemble and Trio illumino and hope these groups continue to be increasingly active. I will continue playing orchestral music and always cherish any opportunity to play with any of the fine orchestras in the Washington D.C. area. Lastly, I have really begun to enjoy teaching trumpet. I may pursue teaching at the college level some day, but for now I am getting great satisfaction and am learning a tremendous amount from my students.