I had left Cleveland to come study at Indiana University (IU) as Bernie Adelstein’s Teaching Assistant. As I mentioned yesterday, one of the big reasons for starting my doctoral studies in Trumpet Performance was the fact that I didn’t have any other prospects at the time. To me, IU was a time to wait and get better at auditioning, so that I could win an orchestra job. 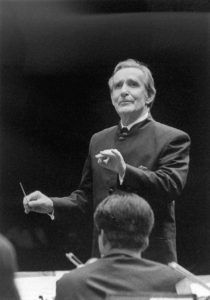 Indiana was, and is still, one of the finest and largest schools of music in the world. There must have been around 50 to 60 trumpet students there, around ten of which were really good. Coming from CIM, I had done quite a lot of orchestral study, so I was sitting first chair in the orchestras at IU. I enjoyed playing really big repertoire at IU, like Mahler’s Symphony No. 6, Berlioz’s Requiem and Mussorgsky’s Pictures at an Exhibition. One distinct memory I have was of an orchestra conductor named Thomas Baldner. He was, as far as we students could figure out, born and educated in the United States. But he spoke with a German accent! (Note: this was incorrect. He actually WAS born in Berlin and came to IU as a college student. We students were, as is often the case, incorrect. Here is a small obituary on Prof. Baldner) 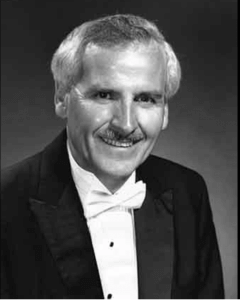 One big regret for me was that I didn’t play in the band program with director Ray Cramer. At the time, I only wanted to be an orchestral trumpet player, and band wasn’t in my imagined future. That was a missed opportunity. And ironic because I wound up playing for two decades in a professional band!

There were so many friends that I made at IU. We would come into the music building complex and hang out with friends in “Clouse’s Lounge.” We would have embarrassingly long lunches at the Read Hall cafeteria, where the company was great, but the food was terrible. I once remember seeing a food supply truck with boxes that were labeled, “Grade D Meat, but still fit for human consumption.” 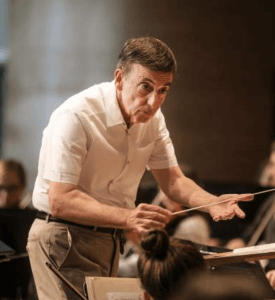 In my first year there, I was able win a spot in the National Repertory Orchestra, a very good summer festival located at the time in Keystone, Colorado (nowadays it takes place in Breckenridge, just down the road from Keystone). Carl Topilow was (and remained until very recently) the conductor. You may remember me mentioning Carl in yesterday’s post–he was the CIM orchestra director.

Mr. Topilow would go around the country and audition hundreds, if not thousands, of students wanting to get in the National Repertory Orchestra (NRO). Over the decades, I guess that Carl has listened to more auditions than anyone else in the classical world. But students at CIM generally felt like Topilow overlooked them. We supposed, whether right or wrong, that he was prejudiced against students from his own conservatory.

That spring, when he came to audition locally in Bloomington, Indiana (where IU is located among the cornfields), I felt prepared for the audition. I also felt like I knew what Carl wanted from my time at CIM. I didn’t have the “curse” of being a CIM student anymore. And perhaps the most advantage was the fact that, while I was playing my excerpts, I could actually see his foot underneath the table. He would tap his foot to determine whether a candidate played, so I decided to let him “conduct” my excerpts with his foot! And this must have made a difference, because I got into NRO that summer (1989). I was also in NRO in 1991. I tend to confuse these two years, but between the two, I worked with trumpeters Tony DiLorenzo, Patrick Tillery, David Dzubay, Ryan Anthony, and Mark Niehaus at NRO. All of these trumpeters went on to do really great things. 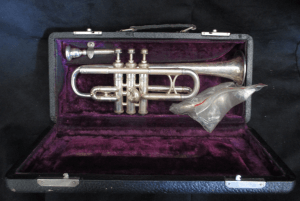 I also really enjoyed having keys to Mr. Adelstein’s office, where I would practice at night. I loved looking at all of the photos of conductors that he had worked with in the 50+ years that he had been an orchestral juggernaut. They all were signed with personalized notes to Bernie. Mr. Adelstein also had a lot of trumpets hanging on the walls that I tried from time to time. I especially liked the King “Mini” trumpet, which was similar to a piccolo trumpet, but all the proportions were the same as a large B-flat. And it played really well!

I also started to explore some jazz at IU. I took improve classes and jazz history classes with the great David Baker. They were hard, but first rate. I listened to amazing recitals–not least of which were ones by the incredible string players–like Joshua Bell–who were connected with IU. I remember going to Josef Gingold’s office once to deliver some music. Mr. Gingold was about 92 years old at that time and everyday would take a taxi to campus from his apartment. When I was in his office, I saw a signed photo of Georges Enesco. I mentioned to him that I was working on Enesco’s Legende for trumpet (written in 1906). Gingold then started recounting several instances of actually meeting Enesco when he was younger! This completely blew my mind with the connection I was experiencing right then with the great tradition of trumpet literature. 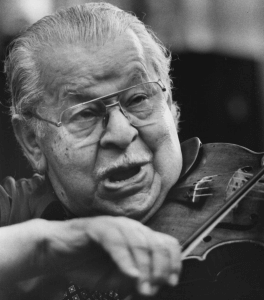