Continuing my own trumpet saga, I begin to hit my stride and really understand who I might become, while working on my doctorate degree in trumpet performance at Indiana University. 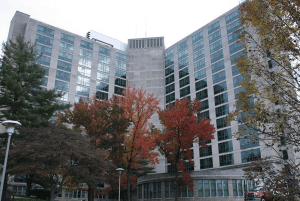 I lived in Eigenmann graduate dormitory for couple of years and made good friends there. People like a painter named Steve who invited me to watch him paint at his studio–he always painted while listening to jazz. There was Igor from Ljubljana. He was a doctoral student in mathematics, but he played classical guitar very well. He tried to stop smoking, and his method was to eat apples (instead of smoking cigarettes) while he worked all night on his difficult math problems. Once, we had a holiday concert in the lounge of Eigenmann, and Igor and I played Christmas duets. There were also some Australian string players (IU always attracted string players from other countries), Susan Collins and Julian Smiles. There was Raymond Wee (not sure about the spelling) a trombone player from Singapore who loved to tell jokes, but he always messed up the punch line with his imperfect English, and this made us all laugh much more than if he had told the joke well. 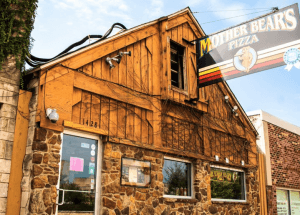 There were awesome places to hang out in Bloomington, Indiana. Chief among them were Mother Bear’s Pizza and Bear’s Place (they had the best Long Island Ice Teas ever). There was also the popular Irish Lion. There were a lot of places to shop and eat at on Kirkwood Avenue–just right outside of the picturesque gates. We would often get ice cream at Jiffy Treats.

I have already mentioned that I was in a music school lunch group that ate together almost everyday. In this group there was a young clarinet student named Melissa Bishop. Apparently, she tried to set me up on a date with another mutual friend, but that didn’t work out. She dated one of the Australian students that came to IU, and then later she dated a trumpeter named Pat Sarracco for a while. He was, and remains, a great friend of mine. Pat later joined the US Naval Academy Band. I dated a French woman named Cecile Gul and then a former dancer named Jessica Preiss. We were all a close-knit group. 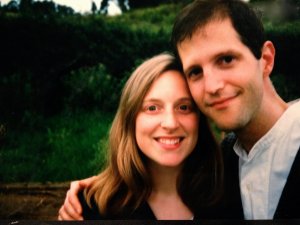 Melissa and I shortly after we left Indiana. This was probably the first-ever selfie.

One week around 1991 or so, we planned to all go to a film festival of short, animated films. The problem was that no one showed up except Melissa and me. We were not dating anyone else at the time, so we kind of saw each other in a new light! That’s when we started dating. We fell in love. And we’re still with each other three decades later!

Indiana was really a magical place to find one’s self back then.