I came back from the Munich Competition disappointed. I realized that if I wanted to continue to grow, something was going to have to change. I thought back to those days at the University of Alabama, when I had borrowed Mike Johnson’s Meinl & Lauber baroque trumpet. New ones, even back in the 1990s were at least $1500. How could I get one on the budget I had?

IU was a fantastic place to study early music. Thomas Binkley, Elizabeth Wright and Stanley Ritchie were some of the legendary professors in the Early Music Institute. There was also a teacher named Rick Seraphinoff, who was fantastic at historic horn playing. 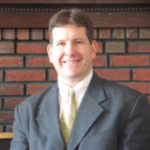 I had not finished my doctorate studies at IU, and I began to realize that I should go back to school and finish my coursework. I may need that degree some day. Charles Gorham miraculously figured out a way for me to get a fellowship to study another year. I told the University of Evansville that I was going back to school, so they started looking for someone else to replace me in the consortium (it turned out to be Bryan Appleby-Wineberg). 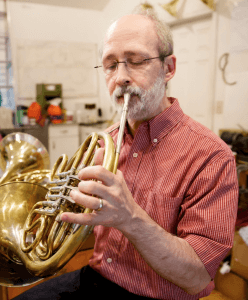 Rick Seraphinoff had a shop in his basement where he made historic horn reproductions–he had also made a couple of baroque trumpets modeled on those made by Stephen Keavy in the UK. The ones Rick had made were not very authentic, having, for instance, a stock modern B-flat bell. Around 1992, one of my close friends at IU, Sean Harvey, had bought one of the two Keavy-copies that Rick had made. But he found he couldn’t really do what he wanted on that instrument. At one point Sean was chatting with me about his plans to learn jazz. Like me, he had no money. But Sean wanted a flugelhorn for his new jazz plans. 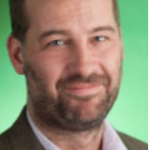 I had a student-model Yamaha flugelhorn that I had bought when I was in Steve Sample’s jazz band at the University of Alabama. I hardly ever played it, so, I offered an exchange to Sean–my flugel for his baroque trumpet. He thought that was a great idea, but there was just one problem. His baroque trumpet was in a gym bag in his apartment in New York City. He was somewhere else (maybe out of the country–I can’t remember) and couldn’t get it.

I drove to NYC, found his apartment and knocked on the door. His landlady had no idea who I was and what I wanted, but reluctantly let me in. I found Sean’s gym bag–full of unwashed clothes and baroque trumpet yards and crooks. Eventually, I got all the baroque trumpet parts, left my flugel there and drove back to Indiana. 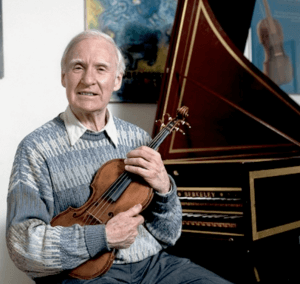 This was during the summer of 1993. I started practicing a few things on my new Seraphinoff trumpet, and even played a little for Rick. I felt pretty good about it, so I made an appointment to play for professor Stanley Ritchie, a baroque violinist and the director of the baroque orchestra at IU. Stanley loved the thought of programing baroque trumpet music for the year. He asked me if I’d be up for playing Bach’s Brandenburg Concerto No. 2 at the end of the semester. I didn’t know how I would prepare that, but I said yes.

So, my fourth year of doctoral studies at IU began, with me taking lessons from Mr. Gorham again. I was playing in the baroque orchestra under Mr. Ritchie. Every concert that year had a baroque trumpet piece. I took baroque trumpet lessons and an independent study course with Rick–I learned how to do some basic brass instrument repairs in his workshop in that course. 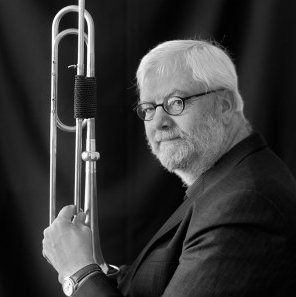 I even made an application for a Fulbright Grant to study more baroque trumpet. This was a very involved application. I decided to try to study with Friedemann Immer, the great German baroque trumpet player, in Amsterdam, where he taught at the Sweelinck Conservatorium. I studied Dutch for about a month or two, so that I could convince the reviewing committee that I was competent enough to do studies in the Netherlands. I sent the application off in October of 1993.

But I had to wait until the spring to find out whether I made it or not.