About six months after I joined the Navy Band, so did my wife, Melissa, a clarinet player. Of course, she had to go to bootcamp, too. And she did great. 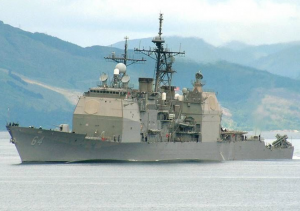 During this time, I began to play some interesting ceremonies, like Taps for a ceremony on the USS Gettysburg, a tattoo ceremony at Ft. McHenry in Baltimore, and an unusual Taps that we did for our evening summer concert series at the Navy Memorial in downtown Washington. During this “Concert on the Avenue,” I had to go up into a building adjacent to the Navy Memorial plaza, be let into an office, walk out of the window onto a balcony, switch a spotlight onto my face, and then play Taps. 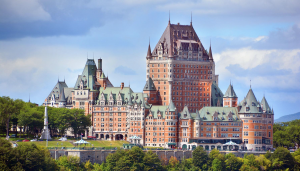 The Château Frontenac in Quebec City

I went on a trip to Quebec City in 1999, where we did another International Tattoo festival. Quebec City was really pretty and the people we met were very nice. There was actually a romance between a Navy Band tuba player (Bill Gray) in our band and a bassoon player in a Quebecois band (Josée Audet). They’re still together and have two children now.

I also started doing “collateral duties.” These are little extra jobs one does in a military command. I started out with being a stage crew member and a truck driver. Navy trucks–I was not always careful with them, as will be seen later…

Melissa and I went on a tour together in early 1999. Normally, tour for the Concert Band unit is in the late winter (they call it the “spring” tour). This was our only tour that we did together, since we were about to start growing our family. With children, it would prove too difficult for both of us to be gone on tour at the same time. We had a fantastic time. 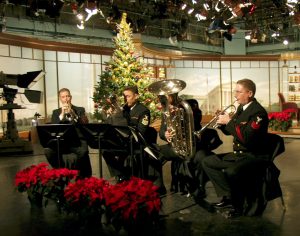 Also, in 2000, I won an audition to play in the Navy Band Brass Quartet. Playing in this group proved to be so important to me over my Navy Band career.