I chaired the Historic Division of the National Trumpet Competition once again in 2006. The guest artist was Friedemann Immer, my teacher when I had been a student in Amsterdam (1994-95). As with Crispian Steel-Perkins, it was a challenge to process the work visa for Friedemann! Here were the rules and writeup for the competition:

For 2006, NTC will host its third annual Baroque trumpet competition sponsored by Naumann Trumpets. Friedemann Immer will be the Honorary Chair this year, and as such, will give two masterclasses during the 2006 NTC (March 16-18). Known as the Historic Division, this competition will include sub-categories as follows: a high-school age category (up to age 18) called the “Shore Award”; a college/conservatory category (age 18 to 28) called the “Fantini Award”; and an open category called the “Reiche Award” (must be 29 or older). In addition, there will be a trumpet ensemble/orchestral excerpt competition. This competition will have no age requirements and is limited to three (3) trumpeters per ensemble. Also, if any candidate wishes to play his entire solo program without holes (or slide), then he or she is eligible to win a “no hole” challenge prize. The live rounds for the Historic Division will be held on March 18, 2006. Prizes include a Naumann Baroque trumpet (valued at nearly $2000) for the winner of the Reiche Award. The winner of the Fantini Award will receive a cash prize of $400 from the NTC. A $500 gift certificate from The Baroque Trumpet Shop will be given to the winner of the Shore Award. The trumpet ensemble/orchestral excerpt competition will receive a $200 cash prize from the NTC and a $200 cash prize from Keith Johnson (for a total of $300). For the winner of the “no hole”: a full scholarship to one of the International Baroque Trumpet Making Workshops held from May 23-27 in Rostock, Germany, or from July 25-29, 2006 in Bloomington, IN. This workshop is taught by Robert Barclay, Richard Seraphinoff, and Michael Munkwitz. This prize is offered to all solo age categories and will be offered at the discretion of the judges. A recorded round is required and should be sent with an application and the required fee. This is due by December 15, 2005.

It was a great few days. Friedemann gave a masterclass, which was well-received by everyone at the NTC. There was a 13-year-old boy who got a chance to try out the baroque trumpet. He was Dominic Favia, and he later became my baroque trumpet student for many years until he graduated from high school. He’s now a fantastic trumpeter (both modern and baroque). Here he is working with Dominic:

I have misplaced my write up of the results of this competition, but what I can remember is that the winner of the Fantini Award was Julie Willis; the winner of the Reiche award was Kristen Hetland of Norway. She is now in the Norwegian Air Force Music Corps and plays in a cornet and sackbut ensemble. I couldn’t remember if there was a “Shore Award” winner (high school).

For the ensembles, there were two–one from the University of North Texas and the Kentucky Baroque Trumpet Ensemble.The UNT group won the ensemble category in 2006.

I should also note that I led the U.S. Navy Band Trumpet Ensemble in my arrangement of Rossini’s La Gazza Ladra in the opening ceremony. Unfortunately, I don’t have any recording of this–or even photos.

Here is a gallery of photos from the competition. 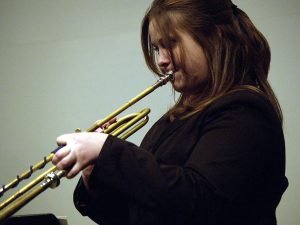 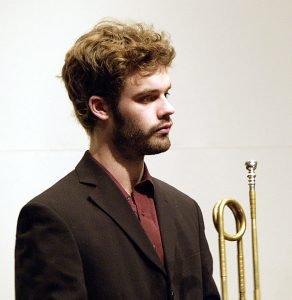 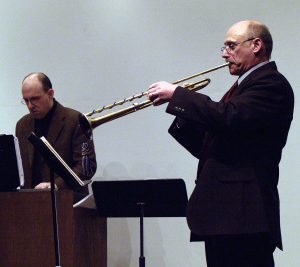 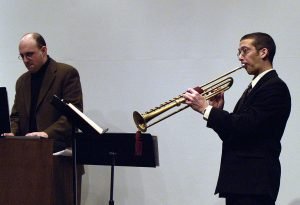 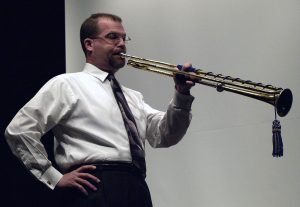 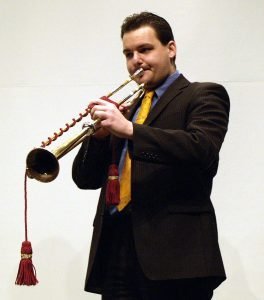 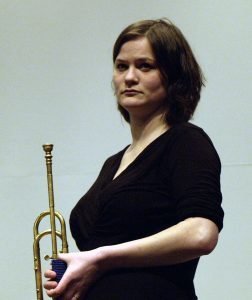 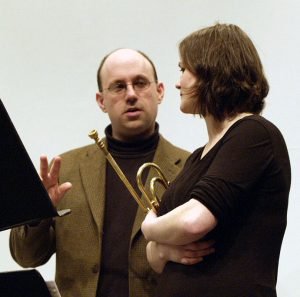 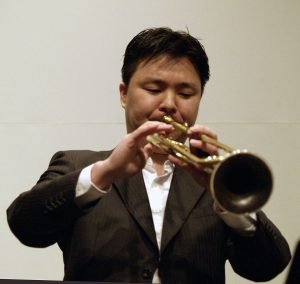 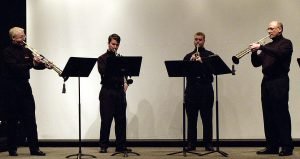 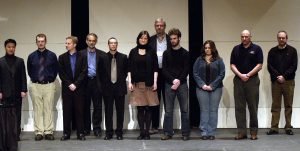 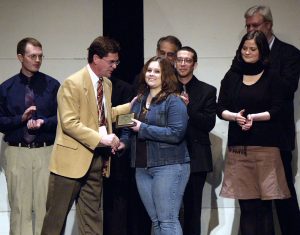 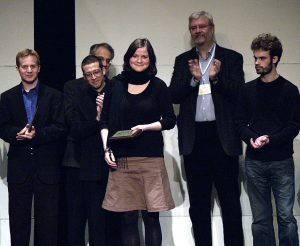 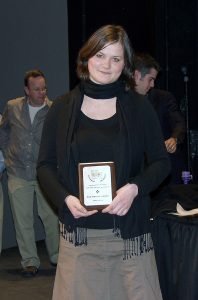 Kristen Hetland with her award