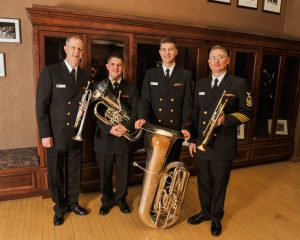 In 2010, I was mid-career in the U.S. Navy Band. The Navy Band Brass Ensemble played a wonderful concert in Chevy Chase, Maryland. I soloed with the Navy Band Concert Band at the U.S. Capitol Building on Vincent Bach’s Hungarian Melodies and Herbert L. Clarke’s Cousins (with trombonist Andy Skaggs). I arranged a few things for the Navy Band Brass Quartet’s Christmas program (Joy to the World and Vince Guaraldi’s O Tannenbaum and Linus and Lucy). 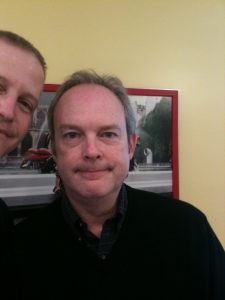 Baroque trumpeter Barry Bauguess (and just a bit of me) during a Messiah project for Apollo’s Fire. This must have been after he finally beat me in air hockey.

I played what would be my last performance with Apollo’s Fire for quite some time. There was the Washington Cornett and Sackbut Ensemble’s nearly-annual performance in Richmond, Virginia. The Orchestra of the 17th Century, under the baton of Michael Holmes, performed Monteverdi’s 1610 Vespers. I think this was my first performance of that wonderful work.  I played first trumpet with the Bach Sinfonia on Purcell’s amazing King Arthur.

At a George Mason University music faculty “showcase,” I played Handel’s Ode and Destero dall’empia with colleagues Lisa Berger (soprano) and Linda Monson (piano). I think Linda, by this time, was the director of the school of music.

At my church, St. George’s Episcopal Church in Arlington, Virginia, I played a recital and wrote two compositions for the Christmas service (one, Annunciation, for cornetto, SATB and organ and the other, Nativity, for brass quartet and organ).

My boys were 10 and 6, perfect ages for me being a dad. We went on little hikes, and I did a little camping trip with Felix on one of his school field trips. Also, in February of 2010, there was a really large snow storm. When you have young children, snow is a lot of fun! 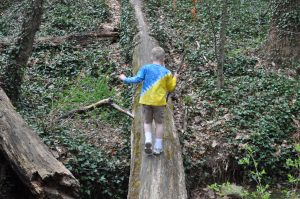 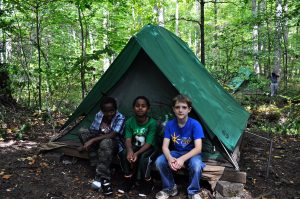 Camping with my son, Felix, at the “Science Lab” 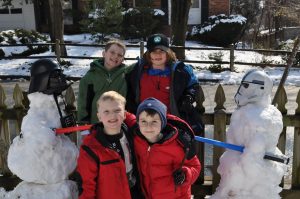