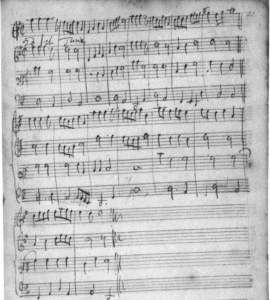 A few days ago, I wrote a blog post on trumpet voluntaries that we trumpeters frequently use in wedding ceremonies. The two most popular are the Trumpet Voluntary (once attributed to Henry Purcell, because of an early publishing error, but now known to have been written by Jeremiah Clarke), and the Trumpet Tune, which I incorrectly attributed to Henry Purcell. I was incorrect. This wonderful tune, often played at the recessional, is from “The Island Princess,” which was a successful semi-opera, written in 1699, of Clarke and Daniel Purcell, who was a brother or cousin to Henry Purcell. It is now known to have been written by Clarke as well.

As I followed up on correcting this error, I stumble across the sad story of Jeremiah Clarke’s death. He committed suicide over the love of a woman who was of higher social status (and therefore impossible to marry). I quote from the Wikipedia article on Clarke:

“A violent and hopeless passion for a very beautiful lady of a rank superior to his own” caused Clarke to commit suicide. Apparently, he fell madly in love with one of his female students, a young, beautiful woman, of much higher social rank than himself. The woman was out of his league in every way, and he could not bear it. He thus decided that life was not worth living.

Clarke had been visiting a friend who lived in the countryside. He abruptly determined to leave and return to London. His friend observed his dejection, and disappointment in love, and furnished him with a horse and a servant to take care of him. While riding near London, a fit of melancholy seized him on the road; he alighted, giving the horse to the servant. He went into a field, where there was a pond surrounded by trees, and stood on the bank of the pond. He began thinking of a suicide method, which he could not really decide on, debating with himself whether he should drown himself in the pond or hang himself on the trees. So, to decide his fate, he tossed a coin in the water. The coin fell with its edge embedded in the clay, so Clarke mounted his horse, returned to London, and went back to his home in the churchyard of St Paul’s Cathedral. Instead of consoling himself, he therefore chose another method of suicide; he shot himself in the head with a pistol.

I find it ironic and somewhat comforting that the two most popular trumpet pieces for weddings were both incorrectly attributed to Henry Purcell but are now correctly attributed to Jeremiah Clarke. But I find it comforting that this fantastic wedding music was written by a musician who was overwhelmed by love. Here’s a recording of Clarke’s Trumpet Tune played by Simon Munday at a wonderfully-crisp tempo: