Herbert L. Clarke encouraged us to practice his studies with articulation. In the Second Study, he writes, “Play these exercises legato at first, then very lightly single tongue them. Finally, to further develop your articulation, try double tonguing.” He writes the same for the rest of the studies–he wants these studies to help develop articulation.

When I was a college student, I realized that I could also apply these articulations (single and double) to his First Study. Not only that, but I could also use triple-tongue. Each bar has six eighth notes. These six notes can be divided in three groups of two (useful for double-tongue practice) but also two groups of three (useful for triple-tongue). This helped me even out my triple-tongue, because this specialized sequence had to sync with my fingers.

In the meantime, while working through the Claude Gordon Systematic Approach to Daily Practice, I realized the importance of k-tongue practice. So, I began to try k-tonguing on one note. Then on scales. Then on Clarke Studies. By strengthening the k-tongue, double- and triple-tongue sound better.

But I still felt like my triple-tongue was not getting enough practice. Looking at the Arban triple-tongue chapter (which is fantastic, by the way), I realized that I could take virtually any scale or technical study and, instead of each original note in the scale or exercise, I could play a triple-tongue (or two) on that same note. In other words I moved on from playing Arban triple-tongue exercises, as written, to incorporating Arban’s concept into almost any other exercise.

Armed with this concept, I could practice triple tongue on Clarke’s Second, Third, Fourth, Fifth and Sixth Studies. For every written note in the study, I could play one (or two) triple-tongue patterns on that pitch.

When I progressed through the book, I eventually got to the Seventh Study, which is in triplets. This was a study in which I could practice triple-tongue in a more fluid and technical way like I had done on the First Study. I could articulate every written note with a different syllable of the triple-tongue. This is so beneficial to evening out the triple-tongue and gaining virtuosity.

Nevertheless, I wanted to do similar one-to-one triple-tongue patterns for the Second through Sixth Studies. I began to alter the notes in these studies without changing the basic idea.

Here is what I came up with for the Second Study. In this example, I have numbered all the exercises the same as in Clarke’s book. These are PNG files. If you would like a PDF file, there is a link below. 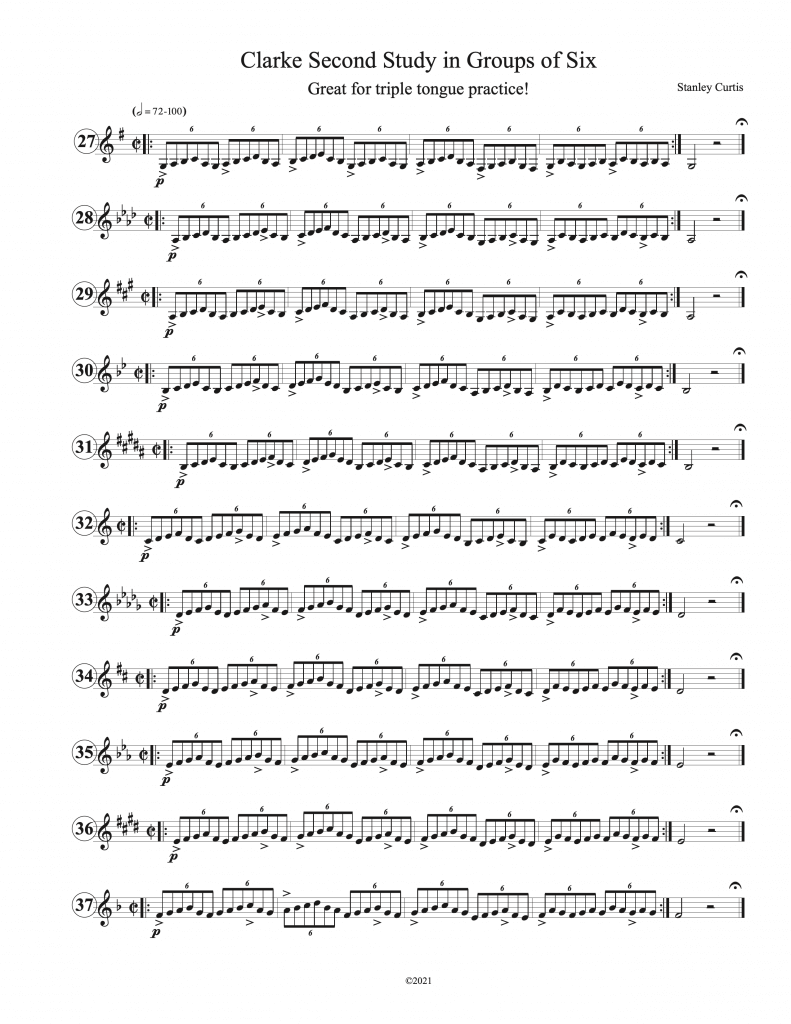 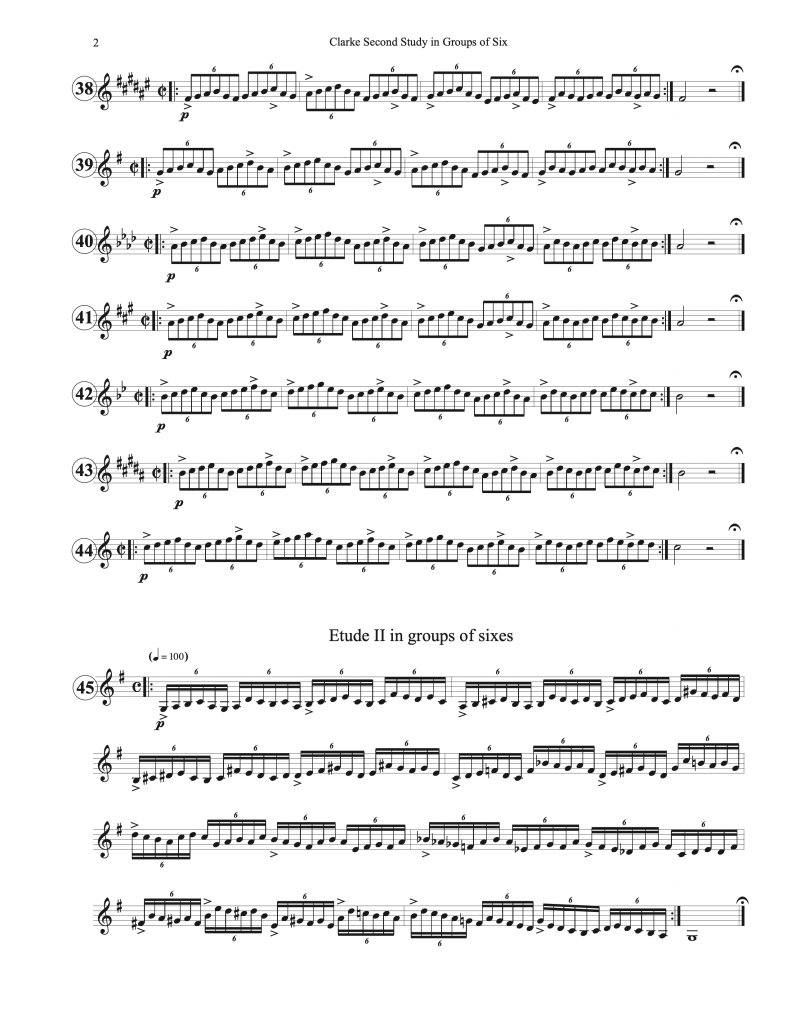 1 thought on “Clarkelets: playing the second study with triplets”