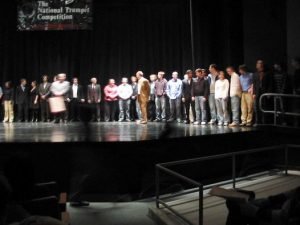 By 2008, I was looking for ways to diversify the National Trumpet Competition’s Historic Division–to encourage competition on historic instruments related to the trumpet other than just the baroque trumpet. Unfortunately, I have NO photos or audio recordings of this event. But it was a lot of fun. Here was the initial announcement:

At the NTC Conference, I also organized and led the Navy Band Trumpet Ensemble in my arrangement of Bach’s Brandenburg Concerto No. 2, movement three–all trumpets. 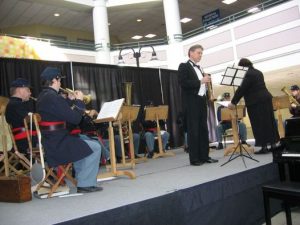 The 19th-Century Award finals were accompanied by a vintage brass band, the “Federal City Brass Band,” conducted by Elisa Koehler. This incredible band, in Civil War costume, also performed their own concert pieces (not just accompanying the two finalists for the 19th-Century Award).

Here’s what happened in the final rounds of the various categories in the Historic Division of the NTC. These winners were:

Here is a live recording of Jeff Stockham performing the Joseph Küffner, Polonaise pour le Cor de signale-à-clef obligé with the Federal City Brass Band on the final round of this competition. 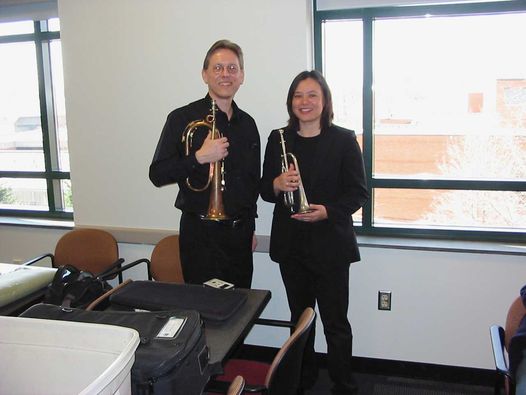