Yesterday was the fourth, and final, recording day with Christian Amonson of Arts Laureate at the helm of the recording booth. We recorded Doug Hedwig’s beautiful three-movement work New Worlds for soprano, trumpet and piano. My CSU colleagues, Tiffany Blake (soprano) and Tim Burns (piano) collaborated on this new piece. In fact, all five works that I recorded over this week were newly-commissioned chamber pieces that feature the trumpet.

New Worlds was finished in April of this year, and is based on three poems that were compelling to Doug to set to music. The first poem, Annus Mirabilis, is by John Dryden (written in 1666), and Doug called this movement “Lunar Neighbors.” The second poem, written in 1744, is by John Armstrong, and is called The Art of Preserving Health. This movement is called “In Their Turns to Rise” which is the last line of that poem. The last movement, “Our Moon,” is based on the eponymous poem by Peter Elias, a 20th-century poet.

It was great to record this piece, featuring the wonderful singing of Tiffany, after all the more trumpet-centric compositions earlier. Here are some photos of yesterday’s session: 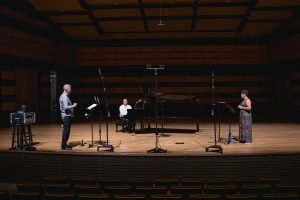 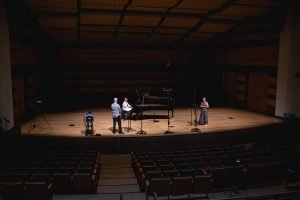 The ensemble from a distance 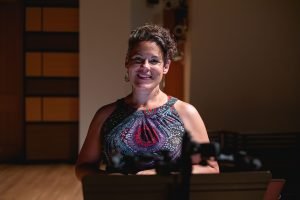 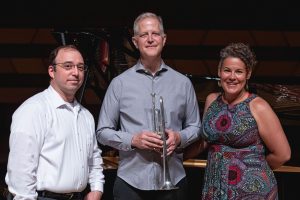 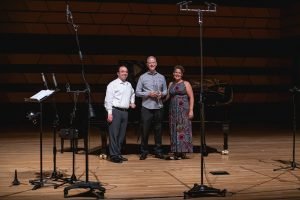 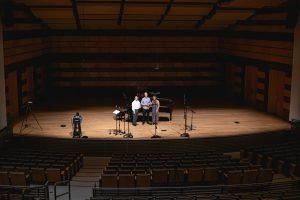 A great group from the back of hall 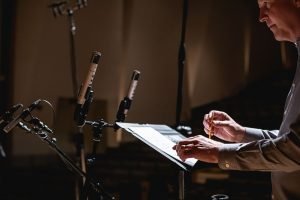 Me jotting some notes down 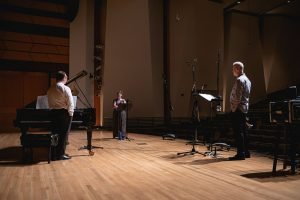 Talking about a musical issue 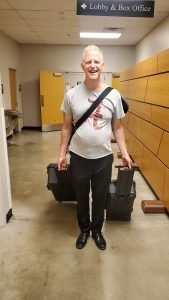 Me, helping to carry out the recording equipment 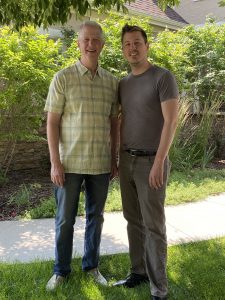