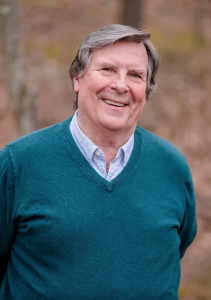 A few years ago, I had a chance to play in Lyle Nordstrom’s summer festival, “Mountainside Baroque.” Lyle is a lutist and champion of early music. After a teaching career at the University of North Texas, he retired to the Cumberland, Maryland, area, and that’s where he has presented his festival for the past ten years.

Cumberland is a beautiful area in the Appalachian Mountains. Compared to the humid DC area where I was living at the time, it was a refreshing few days for me to spend in June of 2018. I played a few cornett and sackbutt programs (with the Washington Cornett and Sackbutt Ensemble) as well as baroque trumpet on the final concert of the festival. During my stay, I got a call from Colorado State University that I was selected for the trumpet professorship. So, I definitely have good feelings about that time.

Lyle spent much of the pandemic going over 80 hours of video of the ten years that he has been leading Mountainside Baroque, and he distilled it down to one hour of great vignettes. Below, you’ll find this video. The Kentucky Baroque Ensemble is featured on Johann Heinrich Schmelzer’s Aria per il balletto à cavallo  (which is basically a ballet for horses) at 47:44 from a September concert. I make a little appearance (with trumpeter Nick Harvey) at about 53:57 playing Handel’s Alexander’s Feast.

I encourage you to check out these snippets (and many others) on this fantastic video.