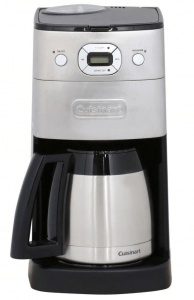 This morning when I turned on my Cuisinart coffee maker, one of those that grinds the whole beans before brewing, I thought all was good, but later, when I came back, coffee was everywhere on the countertop and floor. I had forgotten to empty out the carafe from the previous day, so it overflowed! I almost never make this mistake. After mopping up all of the mess, I put the machine back together, and without much thought, turned it on again. Coffee grinds went everywhere! I had forgotten to put the basket in place!!! It was a miserable morning of cleanup: I made the mistake of not checking everything before turning on the coffee machine–and then I made the same mistake of not checking again. I had “compounded” the problem.

As trumpeters, we have found the value of practicing. “The more you practice, the better you get” is a frequent mantra among serious trumpeters. When things go wrong, we go back to our mantra to fix the problem. But if we are not really paying attention, we may not realize the problem is too much practice. If we then practice more to fix over-practice, we are “compounding the problem.” 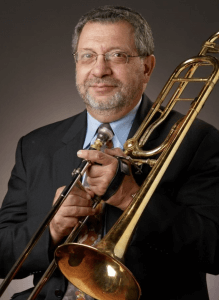 When I was a student at the Cleveland Institute of Music in the 80s, I met the principal trombone in the Cleveland Orchestra–James DeSano. The nicest person you would ever meet. He had a very large scar on his lip, so I asked him about it. He said that he had been practicing six hours a day, when he had been a student. But things were getting worse, so he practiced even more until his lip ruptured and would not heal. He eventually had to stop playing, and was fortunate enough that his playing came back despite the scar tissue. Not all brass students are as lucky.

When you are experiencing a general poor quality in your playing, one of the first things to ask yourself is, “What is the problem?” If the answer is that over-practice might be the problem, then take a break or back off. It’s okay if you don’t make the same “progress” every day. Some days it’s better to backtrack, so that your lip will be okay later on.