On March  19, 2005, I hosted the second baroque trumpet division of the National Trumpet Competition. Here are some photos and a write-up that I submitted to the Historic Brass Society Newsletter about what happened:

Crispian Steele-Perkins was the Honorary Chairman. Mr. Steele-Perkins presented a recital on many different historic trumpets, and he conducted a clinic, in which he worked with several students on various technical concepts.

Winners of three sub-categories were as follows:

After a recorded round, ten participants went on to the live round. They included Kevin Abel, who was the only finalist in the Shore Award; Justin Bland, Amy Hock, Don Johnson III, and Jamie Davis as finalists for the Fantini Award; and Kathryn James, Jamie Davis, Dave Maller and Don Johnson, Jr. as finalists for the Reiche Award. Dr. Joel Greenberger was accepted into the finals but could not attend. (I

ncidentally, Don Johnson, Jr. won the “Pro Am” division of the NTC this year by playing J. B. Arban’s Norma Variations on an echo cornet)

Adam Pearl of Peabody Conservatory was the accompanist. He played a continuo organ donated for this competition by Webb Wiggins. 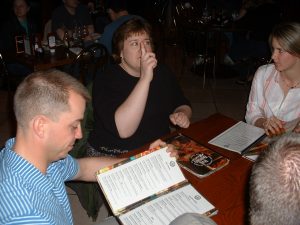 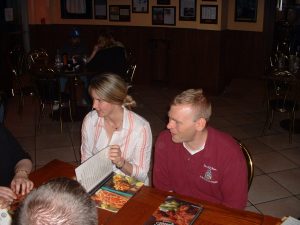 Joelle and James Monroe from the U.S. Army Old Guard 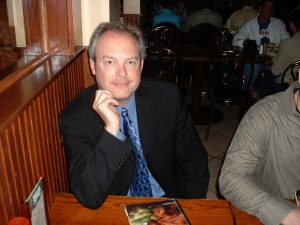 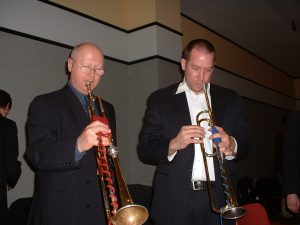 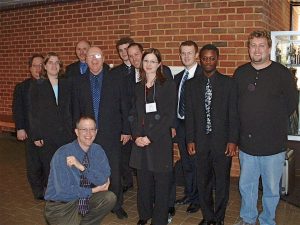 Participants in the 2005 Historic Division